I spent two Thursday mornings this month in writing workshops run by Rachel Cochrane at Segedunum Roman Fort at Wallsend, the easternmost point of Hadrian’s Wall and former site of the Swan Hunter shipyard. 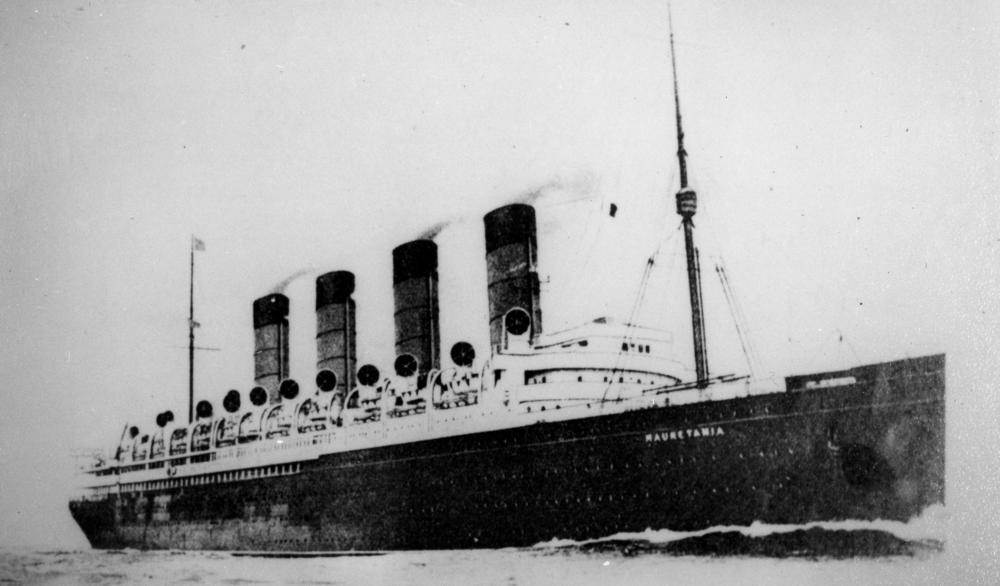 The first workshop was on the theme of Journeys and, following a brief but detailed introduction to the site and its shipbuilding past, and a series of warm-up wiring tasks, participants were each given a slip of paper on which was a short writing task based on the life of the Mauretania. I was thrilled, although a little spooked to be handed the task of writing the part of a boilerman who would lose his job when the ship became oil rather than coal-fuelled in 1922. My grandfather was a boilerman in a local factory and I remember seeing (and feeling the heat) of the huge boiler as a child.

This is what I wrote:

How am ganna feed me family, I diven’t naa. Five bairns and another on the way. Year after year I’ve shovelled coal into those huge boilers. Year after year of sweat and blisters. That damned heat!

What the hell they want to be using oil for, I diven’t naa. All that coal gannen to waste as well. Criminal, it is. Poor miners likely to loss their jobs too. Aye, there’ll be some hungry bellies roond here for some time to come, I don’t doubt.

Diven’t naa how I’m gannen to tell the missus. Shock could bring on the bairn. Bert said his wife fainted when he telt her. Fell to the floor like a sack of coal.

I really enjoyed listening to the contributions of the other participants, which when read in chronological order, retold the story of the Mauretania from her inception and maiden voyage to her final demise at the dockyard in Rosyth, Scotland. Rachel recorded each person’s work, which will form a podcast. This podcast, and a second one from the frontiers themed workshop will be published online at a later date on Listen Up North website.

The second workshop saw us discussing and writing on the theme of frontiers, with reference to the roman wall as well as our own personal frontiers. This time, I was a Roman Centurion standing on the wall looking north:

I wonder if those barbarians are really as wild as people say they are? Hairy, bearded beasts of men with red hair and untamed eyes. They say they wear battle paint – a blue dye- woad, I think it’s called – and wield swords as long as three grown men.

Hard, harsh Picts – as hard as their landscape – they fight without rules, kill without mercy – even their own kind.

I wish I were back in Italy. How anyone can live in this desolate place is beyond my knowledge. This wind cuts like swords; this rain soaks to the bone. There’s no civilisation here, no culture.

I should never have become a centurion. I should have stayed in the land of my birth – studied harder at school – been a scholar – a poet perhaps. I miss my home and I know my men miss theirs too. Home! What and where is home?

Both these tasks were challenging, especially under the tight time constraints of the workshop situation, but I’m a great believer in such challenges. Creativity thrives on challenge, after all.

See the giveaway details at Goodreads.

Two Point Four Teenagers - and Beyond...

Real stories about real people. Whether you are a reader or a writer and have a question, a point of view or an appreciation Wendy Robertson would love to hear from you.

Writing for Kids (While Raising Them)

Stories that Sever the Shadows

the literature classroom through a cognitive lens

Get it Write this Summer!

Under A Topaz Sky

Celebrating the splatters and the sprinkles

Learning to teach; teaching to learn

Lauri Fortino's Frog On A (B)log

Sharing and Celebrating Picture Books Since 2009

A daily selection of the best content published on WordPress, collected for you by humans who love to read.